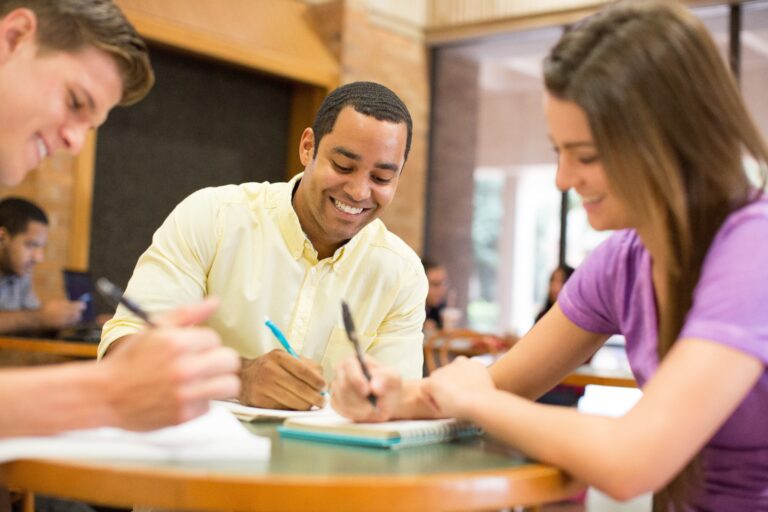 These keywords will help you find the best college for you!

For the readers of Lighthouse in the U.S. who want to study in Japanese universities can be categorized into two groups, “returning students,” and “foreign students.”

(Please refer to each university page of the typical admission procedures.)

Japanese universities are suitable for students who know their interests and future goals, because generally one needs to declare the school and department at the time of admission. Here are some of the unique schools.

Unlike the regular national universities, University of Tsukuba has School of Physical Education, Health and Sport Sciences and School of Art and Design, and the students can learn the academic fields of sports and arts systematically.

J. F. Oberlin University offers Flight Operation program to be trained as a pilot. The students will have flight training in Arizona from the fall term of their sophomore year, and most of the graduates work for airline companies in Japan or other countries.

Kaishi Professional University which opened in 2020 has Anime/Manga department, and students can learn the newest technologies and trends from the professionals.

It is essential to know what one wants to learn in choosing a university in Japan.

While there are unique schools, the choices of Liberal Arts colleges are expanding.  For example, International Christian University (ICU) is the representative of Japanese Liberal Arts universities and offers classes in both Japanese and English.  The students learn general education from 31 fields and declare their majors at the completion of their sophomore year. It makes possible for the students to learn their major in depth and from various aspects.

At Faculty of Liberal Arts of Sophia University and GLS (Global Liberal Studies) of School of International Liberal Studies of Chukyo University, the students can learn all the liberal arts studies in English. The study environments are very similar to the ones in the U.S., so learning should not be too difficult.

The tuition of a state universities for residents is about 20000 dollars and the tuition of a private college is over 50000 dollars (both are U.S. averages) for an academic year in the U.S.  It is clear that education costs much less in Japan than in US.

Finding out about scholarships is important.  When figuring out the total cost of studying in Japan, living expenses and possible scholarships are needed to be considered.

Some universities have special scholarships just for foreign students.  Tuition waiver or living expense stipends are varied depending on the grades and financial status.  There are some scholarships that can be applied and received before enrollment.

Some scholarships are available through the public scholarship programs such as one sponsored by the Japanese government and another sponsored by JASSO (Japan Student Services Organization). Please check the website at www.jasso.go.jp to see if you qualify for this program.

There are two main types of campus, urban and suburban. Urban campus tends to be smaller; however, located within a city makes accessing surrounding areas easy, so it is suited for students who want to be active outside the boundary of school settings. For example, universities such as Aoyama Gakuin University, Sophia University, and Rikkyo University have their campus in the center of Tokyo. In Kansai area, Kinugasa Campus of Ritsumeikan University is uniquely located in the middle of Kyoto where students can learn in an environment which lets them feel the history of Japan.

On the other hand, suburban type offers a big campus. Related facilities are located within, so it provides a focused learning setting for the students. The dorms, explained in key word 7, are often on campus or close by. This suburban type of campus is similar to the ones we see in the U.S. Find the one that fits you the best.

Housing also needs to be considered.  If a student is thinking about living alone, staying in a dorm run by the university is safe and often less expensive.  More “international dorms” in which interactions between foreign students and Japanese students are encouraged have increased in recent years.

For example, University of Tsukuba in Tsukuba City, Ibaraki known as Tsukuba Science City, has its 3700 dorm rooms on campus, and a maximum of 500 foreign students and Japanese students can stay in a dorm called “Global Village” where the students share living quarters. Ritsumeikan Asia Pacific University (APU) in Oita offers an international dorm called “AP House” where about 1300 students live together. Two resident assistants who are upperclassmen are on each floor to take care of your needs.

Of course, dorm life isn’t for everyone, so you need to consider other options if they are better for you.

For example, after studying 2 and half years at J.F. Oberlin University, you transfer to San Francisco State University to receive a degree there and return to graduate from J.F. Oberlin to receive another degree. This program allows students to receive two degrees (It only applies for the students who will be majoring in Global Communication at College of Arts and Sciences).  Ritsumeikan Asia Pacific University (APU) is affiliated with the Australian National University, and both universities follow the same accreditation so that the students can study at both universities and receive two degrees.

It is common that the tuition be paid to the Japanese university for the exchange program and to the overseas college for the double degree program. You can save time and money while you study at two different universities if you know how the programs work.

“The most unsettling time for the foreign students is right after they arrive in Japan.  We offer a “buddy program” to help them adjust to the new school and life in Japan.  Specifically, we help them apply for the resident registration and the course registration and show them the campus and the surrounding areas in the city of Machida two weeks before classes start. We have a welcome party for them on the last day of orientation. This party is organized by students who are in the buddy program, planned so that the new students can experience the cultural aspects of Japan such as a summer festival.”

It is wise to choose a university with your future goal in mind. We interviewed Ms. Sugiyama of Ritsumeikan Asia Pacific University (APU) where many international students have been accepted.

It is one way of choosing your school by finding out what graduates are doing and what you would like to be doing after graduating university.

※This article is written based on “Lighthouse Los Angeles Edition April 1st 2021” and contents could be updated after published.